I realised I haven't blogged about the fantastic start to 'Unleash your inner Comedy Hero' last week.

As usual 'Yes, And' produced some far fetched journeys. Starting with lets go get some ice cream and some going to space, filming their exploits, feeding ducks, a lot of eating (I think a few participants may skipped supper) a mission around Torteval and back again. We had some topical discussions on Jersey with an expert. A very strange demonstration of hairless chicken knitting. That was just the first half.

We ended the evening with some rounds of 'Short, shorter, shortest'. This game involves the actors playing out a normal scene. Then replaying the scene in half the time, then again in half of that time, then in half the time and lastly in 3 seconds.
It's always a very high energy game to end off a class because the actors race around the stage desperately trying to repeat their blocking, with more and more hysteria as the replays progress. What I enjoy seeing is the barebones of the scene emerge. In each replay more fluff is lost, until you are left with just the skeleton of the scene. I suppose if we were using improv during rehearsal we could sit and pick apart what the scene was really about by seeing what markers we choose to keep in that final replay. Perhaps the pen ultimate replay. The final three second replay is, without fail, just pure mayhem and screaming, so there isn't much to decipher from that one.

So a great introduction to Improv.

With the next course coming up and more people are asking, 'What exactly is improv?' (In my world I still can't believe there are Improv virgins out there) I've decided to write this post to attempt to tackle that question.

Basically the easiest short answer that I could give is, "Have you seen 'Whose line is it anyway?'? It's like that only its live and much, much better".

In an ideal world, where we we aren't so impatient to get the answer in sound bites, I'd prefer not to do that. Improv is about sooooo much more than just those short gags caught on camera in Who's line.

So, allow me to attempt to let you see under the skirt of the old dame of Improv. My version anyway.

We all know it's fun. As previous Improbable Alison put it so aptly, 'It's the most fun I've had with my clothes on!'. Oh how my stomach muscles ache after each session. People always leave on a high after Improv. Whether its an audience member, player or course participant, they all leave with a smile on their face.

But why is it so much fun? Yes, there are gags and yes, people do say funny things and sometimes they even say super clever twisted witticisms at the unexpected drop of a hat. Not all the time and certainly not everyone.

Yet we still have fun, watching or doing because we are playing and watching the enjoyment of playing. I'm a huge fan of that word. PLAYING. I love that when I'm doing Improv I get to say 'I'm playing tonight.'

Being a mum of two small children now I see their joy at playing. I also watched their playing develop. (Like I do with all my Improv children. I'm joking. I'm not that much of an Improv matriarch. Or am I? *evil laugh*)

There's a developmental point for a child when they start playing with others and let me tell you, it doesn't come naturally. Children love playing but they are not happy to play with others... in the beginning. Choruses of 'Mine! Mine! Mine!' and rantings about 'That boy is playing with my car!' (even though you're at a toddler group and your child only played with that toy once last week and then left it, but now someone else is playing with it and the world is ending mummy!) regularly infest your ears.

So, you try putting your toddlers together and watch as they play in their own personal space, completely ignoring each other until suddenly, one of them vaults over and thwacks the other child who was contemplating playing with 'her' garage. Maybe this is just a western thing or Guernsey thing, I can't speak for all the children across the world but I have done my time at toddler groups to observe this mania!

But there is a point, and it usually happens around school going age, when they start asking 'can I play with so and so?' The penny has dropped, it's more fun playing with others than playing alone.

When you play by yourself you are limited by the bounds of your own self, your imagination and your experiences. When you play with others your limits are suddenly exponentially expanded.

This can be frightening at first because as you know we as little puny humans evolving in a big scary world naturally fear what we don't know, and to be frank, who knows what lurks in your friends head. Sometimes I'm not even sure what lurks in my head never mind three other people on stage.

But unlike children, who seem to effortlessly assimilate the concepts of playing together and enter into whole new worlds with each other with little prompting, as adults we need a bit of help to get there. That's where the magic of teaching Improv happens. Not really teaching, but discovering the tools to make that leap to playing effortlessly with others.

So Improv is playing and all that playing involves. Building stories, creating worlds and characters, trusting yourself and others, laughing and sometimes even failing, because there's no right or wrong in playing. There are rules yes, but rules are different to something being wrong.

There is a structure and loads of fantastic theory that has been discovered and rediscovered by those fantastic Improv Masters who have put it down in much better writing than mine. But really it does just come down to releasing your inner PLAY.

So onward to Monday when we play.

Ps the class is also fully booked so sorry if you missed out. *crying in cornflakes*
Posted by ImproSarah at 12:36:00 pm No comments:

To avoid voiding your disappointment into the cold reaches of space I'm encouraging people to snap up the few remaining places in the next course. 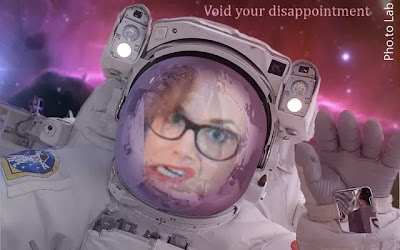 It's 2014 and the new improv course 'Unleash Your Inner Improv Hero!' starts in less than two weeks! After the Christmas decorations come down, the early dark nights are no longer made cheery by festive lights and the hangover from New Years finally kicks in, it's good to know that there is a bright shining knight of endorphin filled improv to look forward to.

Just looking back at some of the amazing ideas and things that happened in the last course and how it really is the best antidote to the gloom of January and February.

After the second session of Improbables last course 'Ride your Marshmellow Bicycle to work' one of the participants wrote:

'Another brilliant night last night, this course is really special and it's great to be part of it!'

Endowments is always a great session. In the last course I wrote:


'No Humans were harmed in the Endowments last night, but a giant rabid Rabbit did threaten the two (oddly creepy) unsuspecting tourists.
An unobtanium a new element was described as but by it's very nature it was unobtainable and therefore in the possession of the inventor of invisible specs that appeared in disguise as normal specs.A silent Queen was taken out by the all too convincing Hugh Hephner with a pencil sharpener. I loved the the Zoo keeper who lost everything including the railings around the cages, while an unexpected understudy filled in for the striking Train driver and drove a train around the stage endlessly (or for an entire scene). And I wish that every day I could be inspired in the bath to invent an enormous chocolate boat.'

So much creativity is unleashed that an evening of improv crackles with moments of pure genius that will never be repeated. Even thinking back on it brings a smile as I look forward to new moments of magic.

Don't forget to book your place by emailing Sarah  -  improguernsey@gmail.com
or purchasing tickets from here.